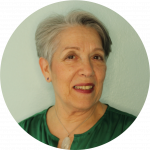 Government agencies, financial institutions, most public and private schools, and many businesses are closed. I want to acknowledge the service of our military community. Veterans Day was originally named Armistice Day for the official signing of the Treaty of Versailles on June 28, 1919. This event marked the end of World War I; at that time, it was called “The Great War.” Today, November 11 is designated Veterans Day to honor the military service of current service members and those who have dedicated their lives to the defense of our country in peacetime and wartime.

Today we feature two military veterans, STC faculty members in the Byte Farzin Bahadori and Robert Thompson. I would also like to acknowledge the military veterans of the STC community: Jon Helmus, James Taylor, Billy Chestnut, Patrick Offor, Marvin Gold, Darron Johnson, and Arnold Webster. Program Director Brian Maeng served in his home country and the U.S. as a KATUSA (Korean Augmentation to U.S. Army). CityU Seattle is a military-friendly school with many veterans and active-duty personnel in our STC community, including members of the Cybersecurity Club: David Yi, William Forde, Sierra Honeycutt, and David Martinez. If you are a veteran or currently serving, thank you.

I want to acknowledge that their service has not ended as they instruct our students and work in cybersecurity. In 2009, I attended a National Guard briefing about the future of cyber warfare our nation and other countries would experience. The future is now.

Review the seven cyberwarfare attacks methods. How many of these are you studying in your coursework? Here is one overview to read.

Critical Insight is a well-respected Seattle-based company. If you question the severity of our nation and other countries’ attacks, take 57 minutes and watch the Urgent Panel Discussion: Public Sector Attack Warning.

Remember, as we honor our veterans and warriors, there are many ways civilian technology professionals can protect and defend. 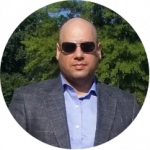 Farzin Bahadori is an assistant professor and program manager of MS-Cybersecurity, BS-Cybersecurity, and BS-Information Technology programs in the School of Technology and Computing (STC) at the City University of Seattle. He has earned his Bachelor of Science in Applied Physics, a Master of Science in Atomic and Molecular Physics, a Master of Science in Information Systems with a major in Cybersecurity, and currently, he is working on his Ph.D. dissertation in Applied Computer Science from Northcentral University in Arizona. He served eight years in the U.S. Army serving in the Military Intelligence unit as a Social Media Analyst, Language Analyst, and Operation Non-Commissioned Officer. Assistant Professor Bahadori was selected as a Department of Defense Certified Aviation Instructor at TRADOC in Langley, Virginia, where he was responsible for teaching, Programming, and Troubleshooting the Flight Control Management Systems, Course Development, and instructor for the Foreign Aviation Officers. He worked as an assistant professor at Saint Martin’s University Computer Science department, teaching computer science, data science, and programming courses.

Farzin’s areas of interest include Cyber-Defense, Blockchain Security, Quantum Computing, and Quantum Security. He is currently an assistant professor at the City University of Seattle teaching DBMS, and Discrete Mathematics, System Analysis, and cybersecurity courses. He is currently working on a Cybersecurity project with the Department of Defense.

He believes in this quote from Nelson Mandela “Education is the most powerful weapon you can use to change the world.” 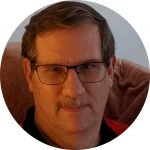 A 20-year navy veteran, Robert “Bob” Thompson has over 35 years working in both the private and public sectors. Bob is currently the Information Systems Security Manager (ISSM) for the Montana State University Applied Research Laboratory (MSU ARL). Previous Bob worked at Naval Undersea Warfare Center Keyport as the senior systems administrator for the Pacific Northwest Range Complex. He was responsible for the at-rest and in-transit security of data from many sensors and probes located up and down the Pacific coast. Before working at Keyport, Bob was a system administrator in both the healthcare and financial sectors. In addition, Bob is a subject matter expert in Defense Information Systems Agency (DISA) Security Technical Implementation Guides (STIGs) and the migration of legacy non-networked systems to a share (cloud) environment. Bob’s experience in both the private and public sectors gives him unique insight into the skill sets necessary to succeed in today’s cybersecurity environment. Bob holds a master’s degree in Information Security from City University.

Morgan:  Bob, congratulation on your new position. Thank you for agreeing to be interviewed for the STC Thursday Byte. Let’s start by telling us about your career path that brought you to where you are today.

Cybersecurity Club will be meeting this week at 5:30 p.m. on Thursday. We will be covering certifications and reviewing the recent NCL exercise. It’s helpful to learn as much as possible about certifications as they are crucial to obtaining employment in the cyber security field. See you soon! Click here to join.

Would you like to learn more about the fundamental Data Science concepts? Would you like to gain experience working with real-world applications of machine learning? If you answered yes to any of these questions, the Data Science Club would love to have you! Please fill out the application form here. We will be holding weekly meetings on Wednesdays at 4pm PST. Please join us via the Teams link here.

Join us for the MOUNTAIN WEST CYBER CHALLENGE! December 4 from 9AM – 3PM Mountain Time.

Deadline to register is Friday 19 November!  Teams will be using the Deloitte platform! 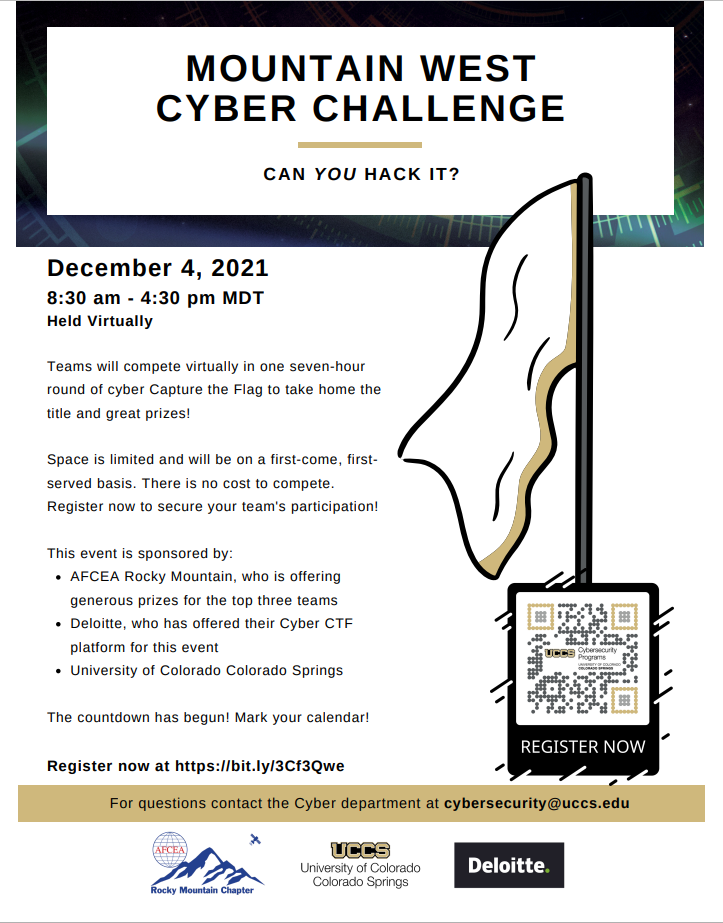 Job seekers, the worst mistakes in job interviews are being unprepared, late, negative, vague, too informal.

Welcome to a video series of helpful job search tips to help you succeed in the most competitive job environment ever. For college grads to senior executives.

This Week in Tech History

The Day the Music Was Reborn 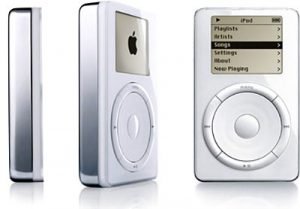 On this day, Apple released its first iPod, which changed the course of both the music and technology industries. Most “experts” at the time focused on competitors who cost less and had more impressive technical specs.